American Blues Scene brings you the premiere of “Honest As Daylight,” by Carla Olson with R&B/Soul legend Percy Sledge. The song comes from Olson’s newest offering of duets, Have Harmony, Will Travel 2, which arrives from Sunset Blvd. Records on March 20. 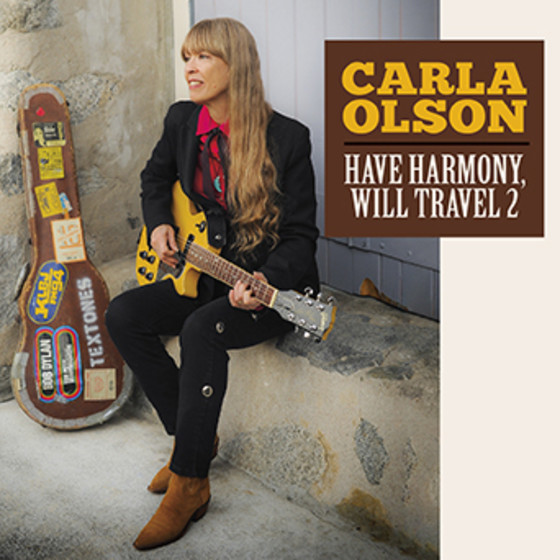 This album from Olson, the Austin, Texas-born, Los Angeles-based singer-songwriter-producer features duets with 11 guests, and is a successor to 2013’s Have Harmony, Will Travel, which found her collaborating vocally with such artists as Peter Case, Richie Furay (Buffalo Springfield), John York (the Byrds), Scott Kempner (the Del-Lords), and Juice Newton.

Like the previous collection, Have Harmony, Will Travel 2 was inspired by Olson’s youthful days as an aspiring musician, when she marveled at the diverse sounds she heard on Austin’s top-40 station KNOW. For this follow-up she teams with not only Percy Sledge, but also Stephen McCarthy of the Long Ryders, Gene Clark of the Byrds, Peter Noone of Herman’s Hermits, Terry Reid, Timothy B. Schmit of the Eagles, and more.

“‘Honest As Daylight’ began as a set of lyrics written by Textones drummer Rick Hemmert which Bobby McDonald and I composed music for,” Carla told us. “Having two legends participate in the recording was more than we could have imagined – soul man Percy Sledge and former Rolling Stone Mick Taylor. I’m glad it’s getting a second lease on life.”